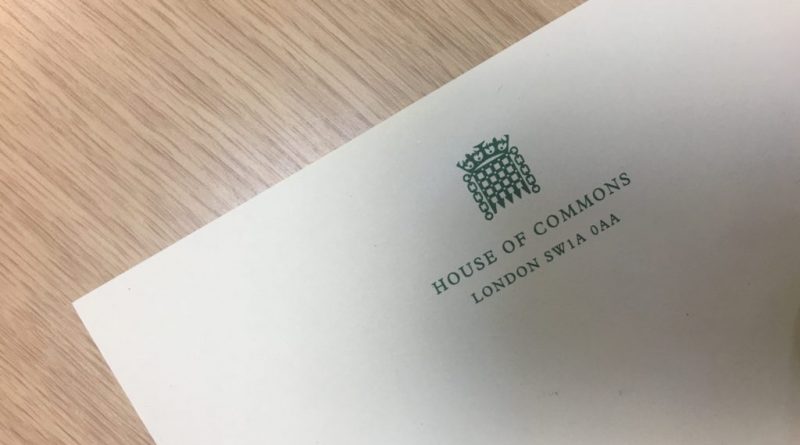 Glasgow North West MP Carol Monaghan has said she is ‘absolutely appalled’ after a constituent was detained by Home Office officials and police officers at 7am.

Monaghan has written to the Immigration Minister, urging him to bring an end to what she has called an ‘inhumane policy’.

“The policy of dawn raids has long been condemned by human rights organisations and is strongly objected to by the Scottish Government.

“I am absolutely appalled that this practice is still ongoing and that people would have cause to be fearful of such raids when no offence has been committed. I have urged that he intervene to finally bring an end to this inhumane policy.”

You can read the letter below: 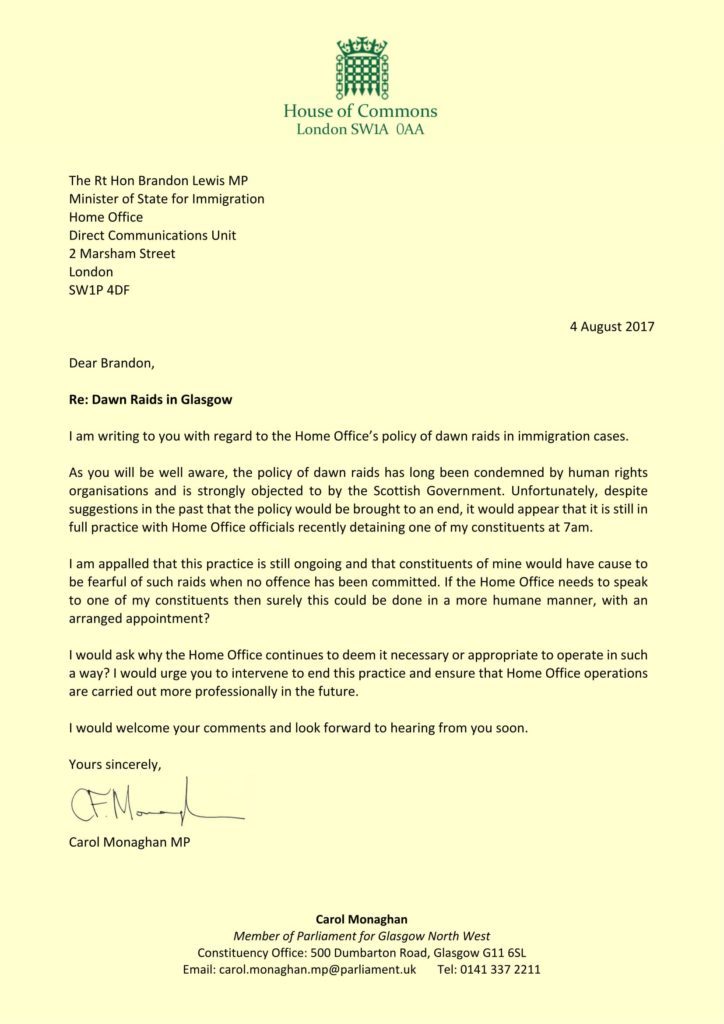