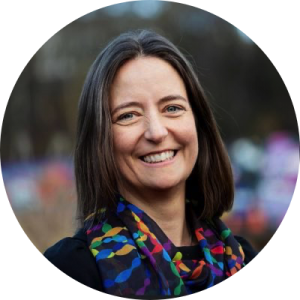 Carol was born and brought up in Glasgow North West, graduating from Strathclyde University with a BSc (Hons) in Laser Physics and Optoelectronics in 1993.  She trained as a teacher, gaining a PGCE in Physics and Mathematics.

Carol has worked in many Glasgow comprehensive schools, including 14 years at Hyndland Secondary, as Head of Physics and Head of Science.  She spent two years as a Glasgow University lecturer training future teachers. An SQA consultant, Carol has been involved in developing physics qualifications at a national level.

A mother of two school-age children and a third at university, Carol is proud to be part of the changing face of politics and understands that people need elected representatives who appreciate the challenges of daily life.

Carol currently serves as the SNP’s Westminster spokesperson for Education, Armed Forces and Veterans, challenging the UK government to lift the public sector pay freeze which has seen Armed Forces personnel take a real terms wage cut, and calling for an armed forces representative body on a statutory footing to properly support service personnel and veterans.

Carol has also led the campaign in the UK Parliament to change attitudes towards Myalgic Encephalomyelitis (ME), leading two landmark debates on the research and treatment on the condition and on the controversial PACE trial. Carol continues to press for a full debate in the House of Commons.

Carol also serves as the only Scottish MP on the House of Commons Science and Technology Committee.

Surgery appointments can be requested via email (see above) or by phone. To make an appointment by phone, call 0207 219 6396 and leave a voicemail and one of the team will get back to you.

You can read Carol’s most recent appearances in the House of Commons below: