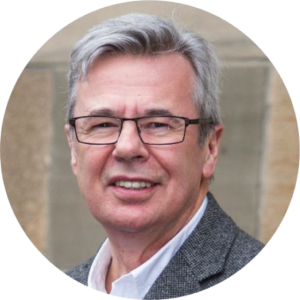 Councillor for Ward 13: Garscadden/Scotstounhill
Find out if Chris is your Councillor here.

Chris was born in Edinburgh and migrated to Australia with his family in 1960. He returned to Scotland in 1976, living first in Edinburgh but moving to Glasgow in the early 1980s.

Chris was seconded to Glasgow Housing Association from June 2000 to December 2002, helping to set up the new organisation and heading up the original Investment Team. He returned to Shettleston in January 2003.

Chris joined the SNP in 1971 while still in Australia, and has lived in Scotstoun with his family since 1992. He was elected as a Councillor for Garscadden/Scotstounhill in a by-election in October 2016. He was re-elected in the 2017 Glasgow City Council elections, and was appointed the City Convener for Education, Skills and Early Years.

Chris has also previously served as Convener of Anniesland SNP.

Please note: there are no surgeries during school holidays or public holidays.